WEN-YING TSAI, born in 1928 in Amory, China, came to the United States in 1950. He studied art without interruption from the time of his childhood and received a B.S. in mechanical engineering at the University of Michigan. After a decade as a practicing engineer, Tsai accepted the John Hay Whitney Fellowship for painting and became a full-time artist. He was a Fellow at the Center for Advanced Visual Studies at M.l.T., and has been represented by major contemporary galleries including Howard Wise, Denise Rene, and Wildenstein. His works are in the permanent collections of the Tate Gallery, London; the Whitney Museum, New York; the Centre Georges Pompidou, Paris; Kaiser Wilhelm Museum, Krefield Kunsthalle Nuremberg, Nuremberg; Museo de Bellas Artes, Caracus; Museum de Arte Contemporaneo de Caracas; Hayden Gallery, MIT, and the Israel Museum, Jerusalem. 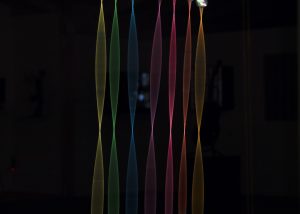 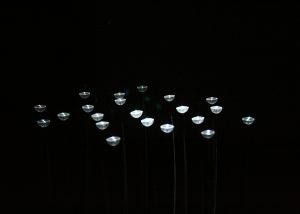