ALEJANDRO & MOIRA SINA create kinetic lightworks that use electricity, glass, and luminous gasses. Their work (much of it made for architectural and public spaces) requires viewer participation ranging from pressing a switch to clapping hands to simply touching an artwork to activate the light. Mr. Sina developed a new technique for using neon that eliminates bulky wiring apparatus and power supplies, thereby allowing the neon to be put into motion. A native of Chile, Mr. Sina came to the United States on a Fulbright Scholarship in 1973 and worked for six years at the Massachusetts Institute of Technology’s Center for Advanced Visual Studies. He and his wife Moira have worked as a team since 1977. They have received and executed numerous commissions, including a hanging sculpture made of 1,000 red neon tubes for the Massachusetts Bay Transportation Authority’s Alewife Station in North Cambridge, Massachusetts. 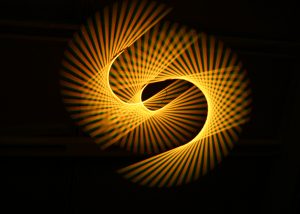 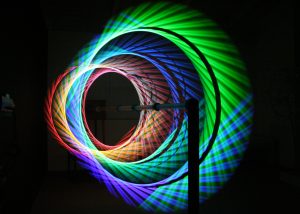