NAM JUNE PAIK, considered by many to be the father of video art, was born in Seoul, Korea in 1932. He was the first artist employing modern technology to be given a retrospective exhibition at the Whitney Museum, New York. An original member of the Fluxus group centered in Europe during the 1960’s, he has had exhibitions in most of the important museums of the world. 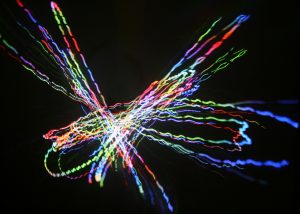