KRISTIN JONES & ANDREW GINZEL have worked collaboratively since 1985 on many commissioned private and public projects, as well museum and gallery exhibitions internationally. Current major works include the Visual Arts Complex at the University of Colorado – Boulder, the Hoboken Ferry Terminal in New Jersey, the airports of Kansas City and Tampa, the Tiber River in Rome, and public buildings in Orlando, Chicago, Utah, and St. Louis.

Site-specific installations in public institutions and spaces include the Olympics in Atlanta, Georgia; in New York City on 42nd Street and at the Brooklyn Bridge Anchorage for Creative Time, at the P.S. 1 Museum, at the New Museum and in City Hall Park with the Public Art Fund. Nationally, they have exhibited at the Chicago Cultural Center, the Madison Art Center, the List Visual Arts Center at MIT, the Wadsworth Athenaeum, and the Virginia Museum of Fine Arts. Interrnational exhibitions include major works for the city of Rome at the Aquario Romano, for the Kunsthalle in Basel, Switzerland, at the Museo d’Arte Contemporanea in Prato, Italy, and the Trienalle in New Delhi, India.

Public projects include works for large public buildings in Portland, Oregon; Philadelphia, Pennsylvania; and in Milwaukee, Minnesota; in New York City for the Stuyvesant High School School, PS 102, Metronome for Union Square, and Oculus, in the World Trade Center subway station for the Metropolitan Transit Authority.

Awards and honors include the Rome Prize, Indo-American Fellowship, the Pollock Krasner Foundation, the Louis Comfort Tiffany Foundation, a Bessie, Art Matters, Yaddo, MacDowell, Bellagio: the Rockefeller Foundation, the Fulbright Program and twice the National Endowment for the Arts. 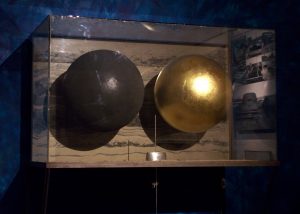 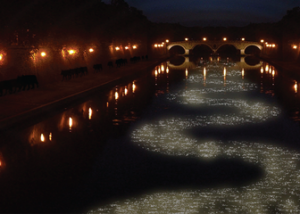